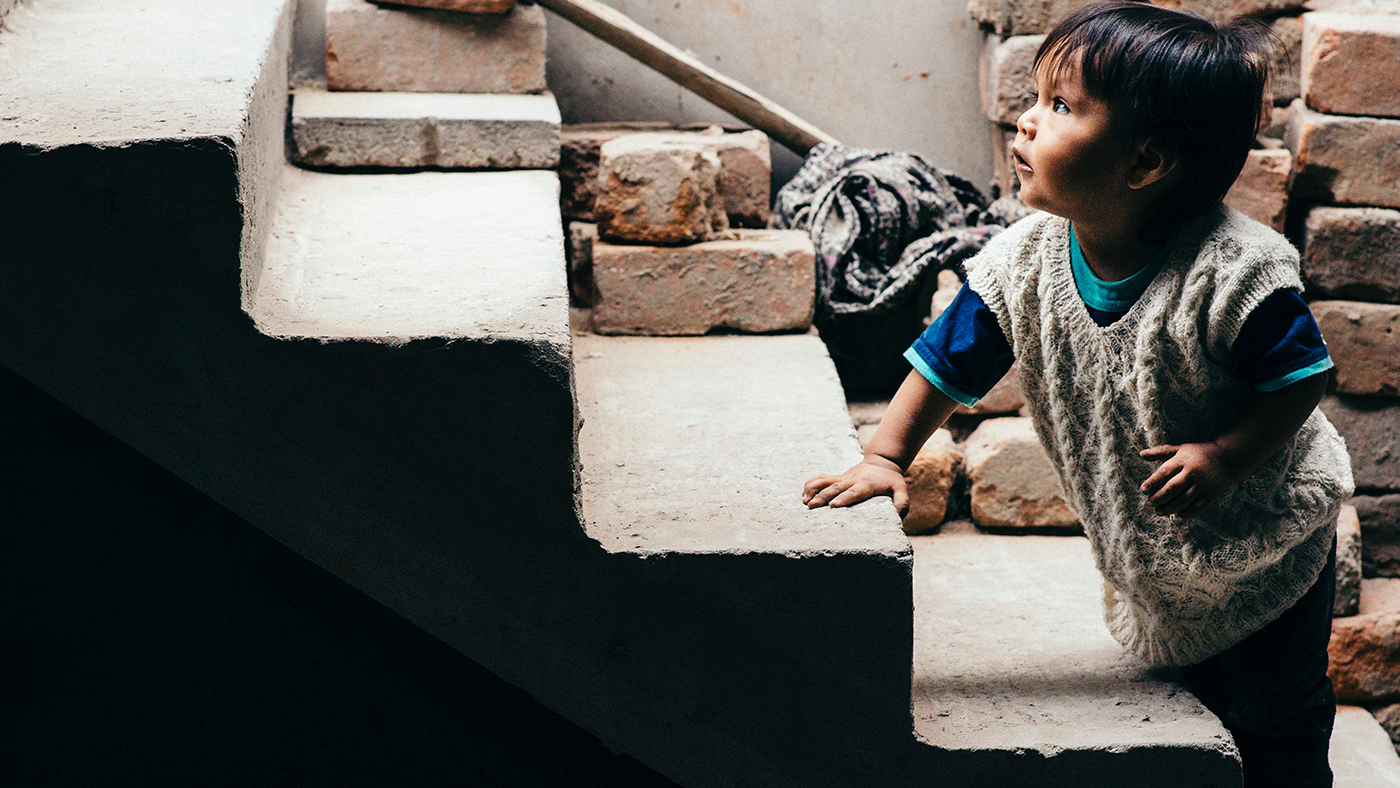 Join us as we tell you everything you need to know about social referencing, and why it could be important for your child’s development.

What is social referencing?

Your child is approaching a new and interesting object, perhaps the steps in an unfamiliar café. They look at the steps, then back at you, before looking again at the steps. But what next? Will your baby boldly approach the steep set of steps or hesitate and avoid the hazard? The answer might well lie in your reaction to that momentary look you shared. If you were wide-eyed and fearful, perhaps using a tone of voice to match, your baby is far less likely to approach the steps.

The process of looking to another person to help inform your own reaction to a situation is called social referencing. It takes place whenever you look at someone else, read that person’s response and then change your behaviour towards an object or situation. The other person’s facial expression, gestures, body language, tone of voice and what they say might all impact your own response. Encountering an object or animal for the first time, being in an unfamiliar place or meeting a stranger could all be classed as ‘ambiguous’ situations, in which social referencing can be a useful tool.

There is more research to be done to understand exactly why we use social referencing. Some researchers believe the primary reason we look to others in new or threatening situations is a cognitive, information-gathering response (your baby is looking to see how the other person responds and copy this action, seeking information). Others view it as primarily a desire for emotional co-regulation (your baby is looking at the other person to receive emotional support and regulate their reaction). Reviews of studies into which of these theories might be more accurate have shown that there is plausibility in both reasons, it may well be due to a combination of the two, though more research is needed in this area of social referencing.[1, 2]

Social referencing is closely related to attachment, the child’s desire to be close to and acknowledged by their primary caregiver. This is especially clear when we think of social referencing in terms of the desire for emotional co-regulation, rather than information-seeking alone.[3] Our article “What factors can affect social and emotional child development?”: a summary (mffy.com) talks about attachment in more detail.

So why is social referencing important?

When encountering a new or ambiguous situation, social referencing is important because it gives your child a way to gauge the level of danger and modify their behaviour to reflect this. It can also have a positive influence, if they were to feel uncertainty or anxiety at seeing a new toy (or person) for the first time, your relaxed smile and encouraging noises might make your child more likely to approach them. Being reassured that all is well through social referencing will allow them to feel more comfortable in social situations or new environments.

Take, for example, a baby meeting a spider for the first time. A parent in the UK is more likely to smile and encourage exploration of the spider than a parent in Australia, where the spider could potentially pose a serious threat. If the Australian parent reacts with fear, the child will be more likely to avoid the spider than approach it. This is an important life lesson for the little one, and will help them to thrive in the specific environment they’re growing up in.

What can I do to support social referencing skills?

It is important to be aware of the fact that, in reviews of studies about social referencing, most studies found there was a significant difference in babies’ behaviour if they got a negative reaction from the adult, compared to a neutral reaction – they were much more likely to avoid the object if the reaction was negative. In contrast, there was very little difference between babies' behaviour when they received a positive reaction, compared to a neutral reaction, from the adult.[5, 6] This is important because it shows that social referencing might function most effectively as a way of encouraging infants to avoid objects and situations, rather than to embrace them,[2] although it is not always black and white, positive reactions can have an impact in certain circumstances too.[7]

Simple ways to support your child with social referencing 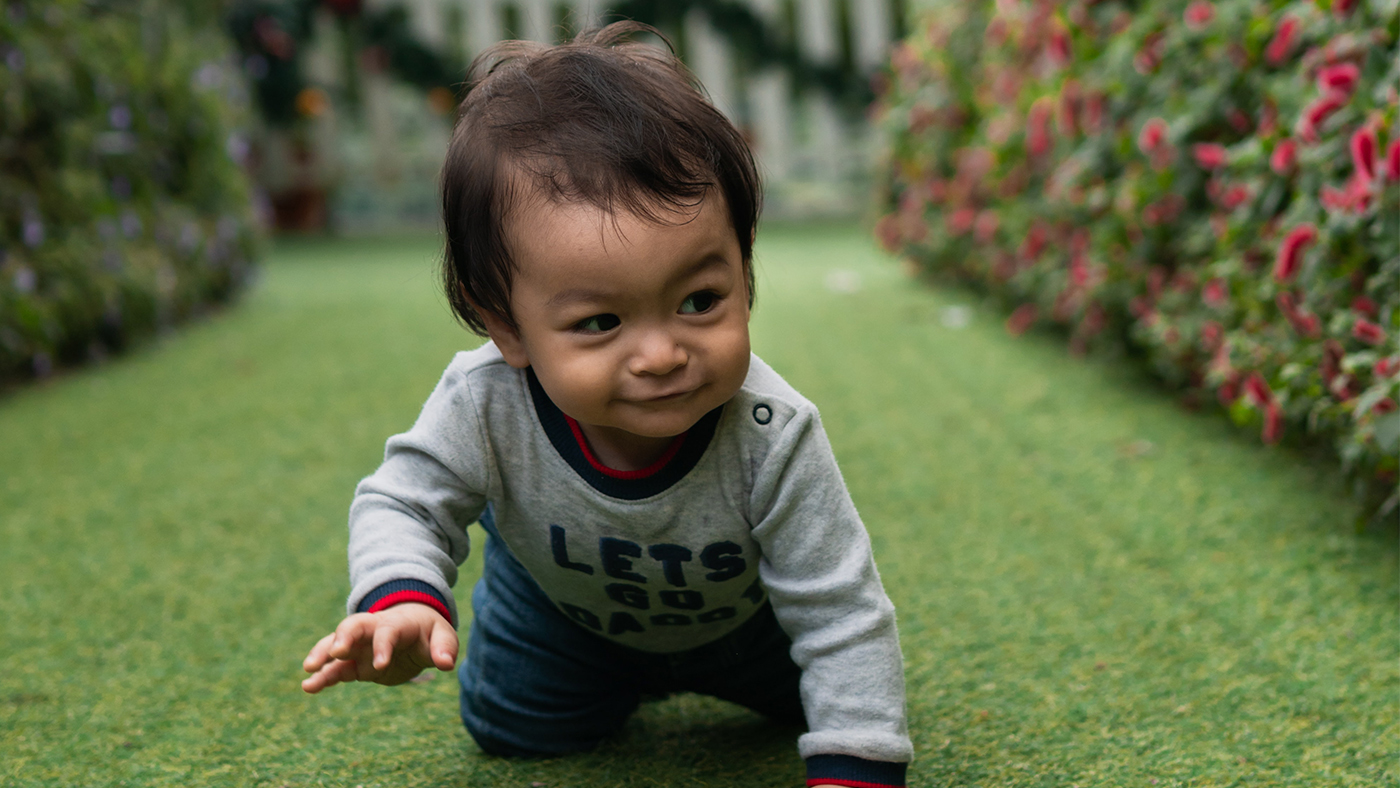 Will I be able to spot social referencing in my child?

Research tends to agree that infants begin to show signs of social referencing in the last quarter of their first year of life, however studies vary when attempting to identify exactly when this instinct becomes a skill. Some studies have shown what could be social referencing indications in babies as young as five months old, but there is debate about the accuracy of identifying this as ‘social referencing’. It is likely that, if this is the beginning of the skills needed for social referencing becoming visible, it is difficult to track directly, as babies this young are still developing the other cognitive, emotional and physical skills needed to process or use the knowledge to adapt their behaviour.[2, 8]

In addition, babies’ stage of development will impact when they use social referencing regularly. Their gross motor development, in particular mobility, is a significant factor. Crawling babies will check back with their caregivers more often than those who can’t yet crawl.[9] This may be related to the fact that babies who are moving around their world independently are more able to follow others’ gaze, or gestures, than younger babies.[10]

What if I can’t see my child using social referencing?

Every infant is an individual who will have a different threshold for uncertainty, and because infants tend to use social referencing only in truly ‘ambiguous’ situations[11] it may simply be that your child is not currently encountering sufficiently unknown challenges.

One study identified that babies used social referencing more when they were less experienced at the task being set. Babies were shown a slope to move over. The experienced walkers were more likely to trust their own instincts and knowledge of the situation than follow their parent’s negative emotional response. That is, they were more likely to continue down the slope even when their parent showed fear. Inexperienced walkers, on the other hand, did not attempt the slopes if their mothers gave a negative response, implying the babies’ uncertainty about the situation was enough for them to want to rely on social referencing to help them make a decision.[12]

Another diagnosis that can cause children to rely less on social referencing is Autism Spectrum Disorder/Condition (ASD). Studies of children diagnosed with ASD have noted that these children responded less to the adult’s emotional reactions, which were both visual and verbal.[2] It is important to note that some of the children did respond using social referencing and adapted their behaviour accordingly. There is no ‘one size fits all’ for this skill, or for any child!

A very recent study focused on the infant siblings of children with ASD, following them to identify if they were later diagnosed with ASD themselves. It found that those who were later diagnosed with ASD were overall less likely to look to an adult when an ambiguous toy was present, compared to those who were not later diagnosed with ASD.[15] It should be remembered that the sample size of this study was small, and more research is needed, however one proposed outcome is that by supporting high-risk infants with intensive joint attention activities from an early age it could be possible to help them develop social referencing (and other related) skills over time.

Building joint attention is a valuable, joyful skill for all children, and can be a truly fun part of your day at any age. Our blog post about the magic of nursery rhymes explains how simply singing together can develop joint attention for your little one. Why nursery rhymes are magic when it comes to helping children to learn (mffy.com)

[3] Ainsworth M.D.S. (1992) ‘A Consideration of Social Referencing in the Context of Attachment Theory and Research.’ In: Feinman S. (eds) Social Referencing and the Social Construction of Reality in Infancy. Boston, MA: Springer.

More About Social and Emotional

Emotional skills in children – what is self-regulation?

Which factors can affect social and emotional child development?