How I fed my baby – real parenting stories 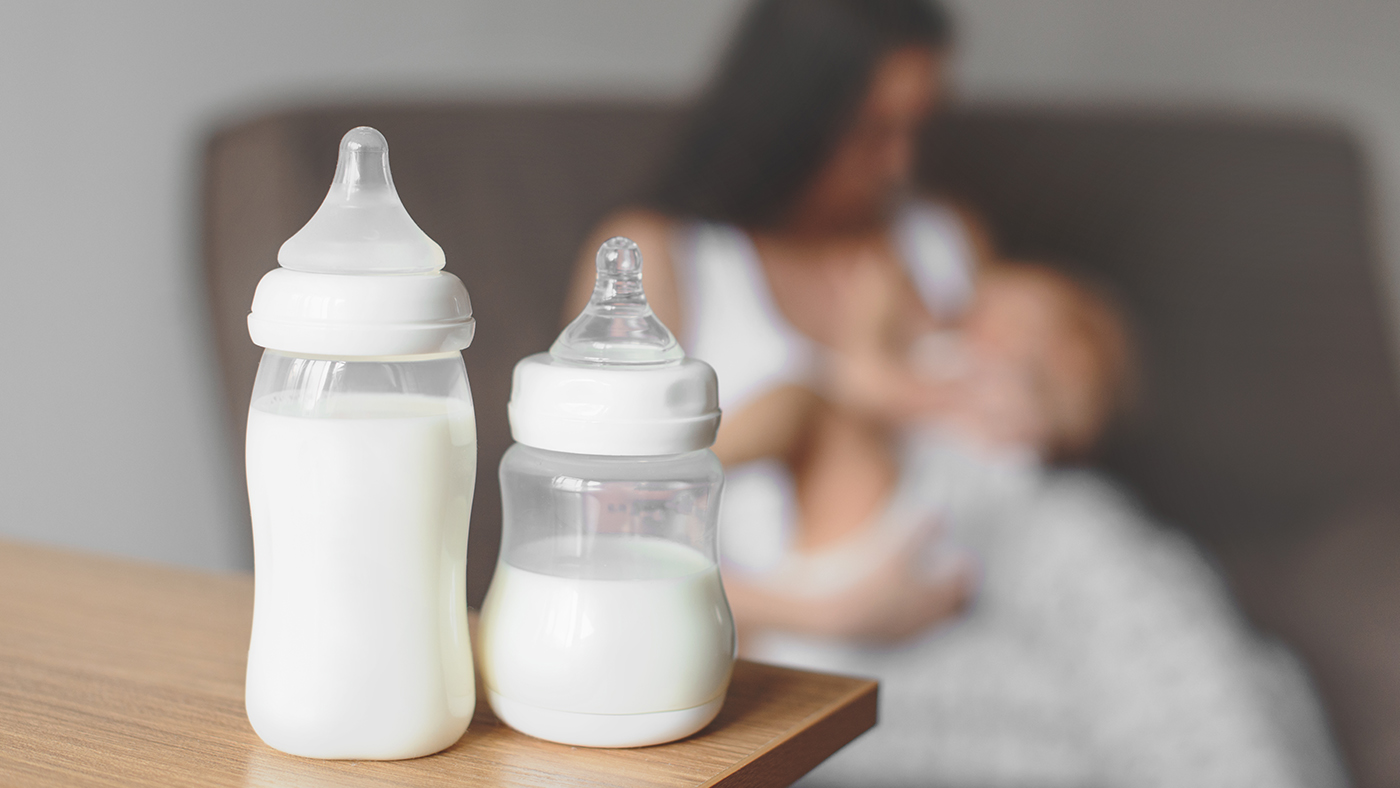 Before having our baby, I had fully intended to breastfeed. It was really important to me, I had breastfed before and knew the benefits. But two weeks and numerous extra visits from the midwife later, I realised that, actually, the most important thing was that our baby was fed.

My breastfeeding journey, and I do think it is a journey, started pretty well. The first couple of days were seemingly straightforward. He didn’t sleep and was quite unsettled, but he was a newborn baby, I didn’t think it was anything to worry about. But then we had a midwife visit where she told us that he was losing weight. Not much weight, but enough for her to return the following day. Then unsettled became fairly regular crying, and unless he was attached to my boob he would grizzle and squirm. I would feed him and ten minutes later he would be wanting more. I remember nipping to the supermarket and feeding him in the car, then again standing at the checkouts five minutes later (after someone ‘helpfully’ told me I should pick him up because he sounded hungry), and then again when I got back into the car, this time in tears. And he was still losing weight.

The midwife told us he was tongue-tied and an appointment was made to have this fixed – two weeks or so later. In the meantime, I should just persist. She thought perhaps he had thrush so a doctor's appointment was made. I remember standing up, rocking my crying baby in the surgery, and asking, “Should he really just cry like this, non-stop?” To which I was firmly told, “Babies cry”. There were more tears in the car on that day too.

And he was still not putting on enough weight, so, at our next midwife visit, she told us we’d have to go back into hospital. I desperately wanted to stay at home, I desperately wanted to carry on breastfeeding but at this point I was fairly broken. I was sleep-deprived in a way I’d never felt before (this was our fourth baby), with exceptionally painful boobs and a palpable disappointment at not enjoying his first week of life. I asked if there was anything else we could do. At this point, the second midwife (there were two that day) suggested I tried some formula.

I was at the shop within the hour and, after guzzling down a bottle, our baby stopped crying. He had been hungry.

After giving birth, you are plagued by so many big emotions; what no one needs on top of this is guilt. Or shame. I felt both these things. Guilt that I had not met my baby’s needs, that I had breastfed my other children, that I was letting him down and that I wasn’t giving him ‘the best start’. I felt self-conscious using bottles in public. No-one ever commented on my feeding choices, but I wanted to let others know, “I did try to breastfeed”, as if to justify my decision, as if it mattered one bit whether I did or didn’t try.

Years earlier I had felt similarly uncomfortable about breastfeeding in public, slightly self-conscious, aware that someone might comment on me having my boobs out. I’d wanted to shout, “This is completely natural,” so what did this mean for what I was doing now with a bottle? Did that make this completely unnatural?

No, it didn’t. What is natural is wanting to feed your baby in whatever way is best for you. That is natural. There is a commonly used phrase when talking about breast versus bottle-feeding which is “fed is best”, and I believe that wholeheartedly.

There are so many reasons that people choose to breastfeed, choose not to or choose to combination feed. There are also many reasons that are nothing to do with choice but far more to do with circumstances. There are logistical barriers to breast-feeding (having to return to work, for example), and there’s not always enough support (and it does require support), in addition to social issues (like not knowing anyone else who is doing it). The conversation is complex and every single situation is unique.

Often the debate about which way is ‘best’ focuses on the baby’s needs, but what about the mother’s? What a baby needs is a mother who is rested, well and able to function. This should surely be a consideration too. What a mother does not need is anyone judging the decisions she has made, any extra pressure or guilt or anyone questioning her instincts. 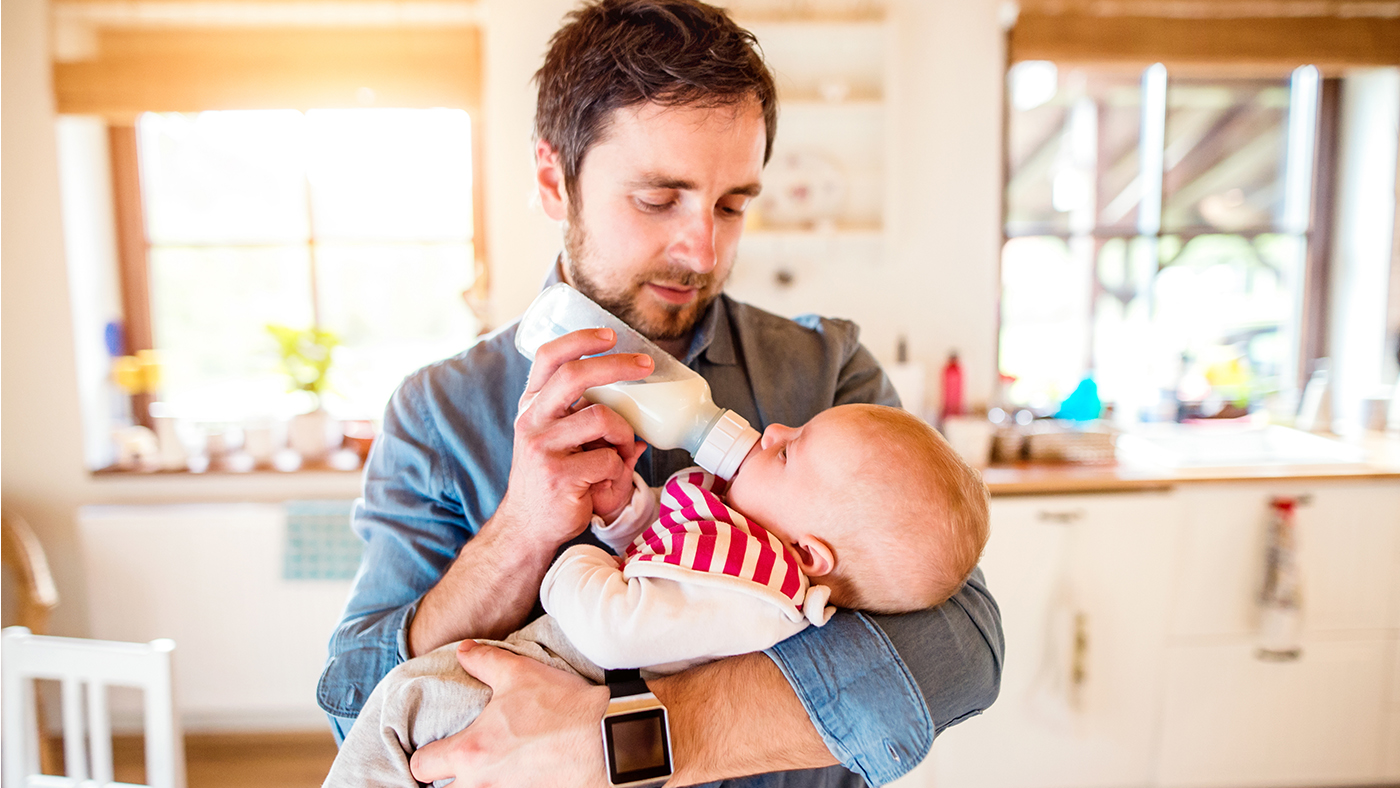 Eventually, I was able to combination feed our baby. I found it to be the best of both worlds. We settled into a routine that worked for us and the rest of the family. It turned out that there were benefits that I hadn’t realised to bottle-feeding –  like the fact my husband could enjoy those lovely moments snuggled on the sofa looking into his eyes while he slowly drunk himself to sleep. It wasn’t what I had expected, not better or worse, just different. Just as special.

It’s strangely liberating to realise that no matter which way you choose to feed your baby, there will be people who disagree. You can’t please everyone, so you might as well stop trying and just enjoy the experience.

However you decide to feed your baby, please remember this. You are doing the hardest job in the world, unimaginably hard as well as wonderful, and what is most important, is that your baby and you are both fed!