The benefits of balance bikes

I am a huge fan of balance bikes. I discovered them for my own children, 12 years ago. I had a 4-year- old that was struggling to learn to ride a bike and I hadn’t considered two wheels for my 18-month-old.

For the 4-year-old we had a bike with stabilisers. We seemed to spend days struggling up and down curbs or precariously hanging on to the seat to keep her upright when we took them off. Frankly, the whole process was not enjoyable for either of us. Pavements are rarely smooth, flat surfaces, inevitably the child also ends up tilted, with only one stabilizer on the ground. They also are far heavier than the child riding them. It’s all frustrating and when your child wants time off the bike, they are impossible to lug home again.

All that changed when I saw a toddler riding on a balance bike. I was amazed that he could ride on two wheels with such ease, it was as if the bike was a natural extension of him! On closer inspection the bike had no pedals.

By swapping to balance bikes, our 4-year-old took only a couple of weeks to learn balance and the youngest was riding by the age of 3. 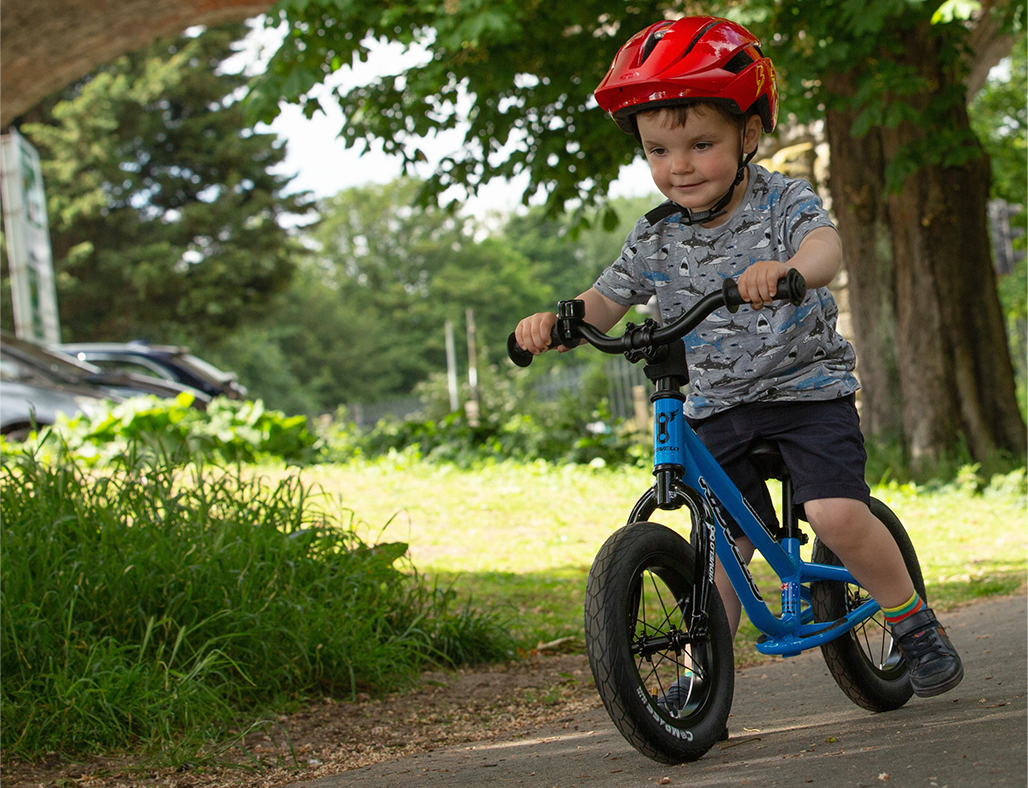 We had already accumulated a garage full of plastic ride-on toys, thinking they were great toys and that my kids would love them. They didn’t! The reality is that tricycles tip over and the little ones don’t really learn any skills. Push-along trikes are impossible to negotiate curbs and aren’t a great deal of fun for the toddler as they are just sat in it. Some push-along trikes come with pedals but the toddler can’t reach them or if they do they are in the wrong position to turn them with any success.

So why do balance bikes work in teaching a child to learn to ride a bike?

Balance bikes have no pedals. The toddler’s feet are flat on the floor. There is nothing complicated to confuse, so the rider simply starts walking the bike along. Initially, they normally don’t even sit down and shuffle it along. As the bike leans to one side, the rider will naturally bring it back up-right, in order to move forwards. Balance is being taught without even realizing it.

Stabilisers introduce the concept of pedalling first, but this is the quickest and easiest skill to learn. However once removed, we see children falling over to one side immediately, as they have not learned to balance. As the process of riding a balance bike is instinctive, the kids are simply having fun, gaining speed and confidence, without realizing they are learning. The little ones love the feeling of accomplishment, whilst having fun and they feel safe.

As confidence grows they start sitting down and picking up their feet for longer periods of time, and start moving quicker. This whole time, balance is being learned, motor skills and coordination improving and the child is having fun! It also allows you two free hands to push a buggy, carry shopping and get somewhere quicker.

So how do you choose the correct balance bike?

Choose one that fits your child and that is light enough for them to handle.

Size: Unlike a bike with pedals, feet will be on the floor. Ignore wheel and frame size, the bit that matters is whether they can reach the floor when sitting on the seat. Check the minimum seat height.  Always check the inseam of your child. 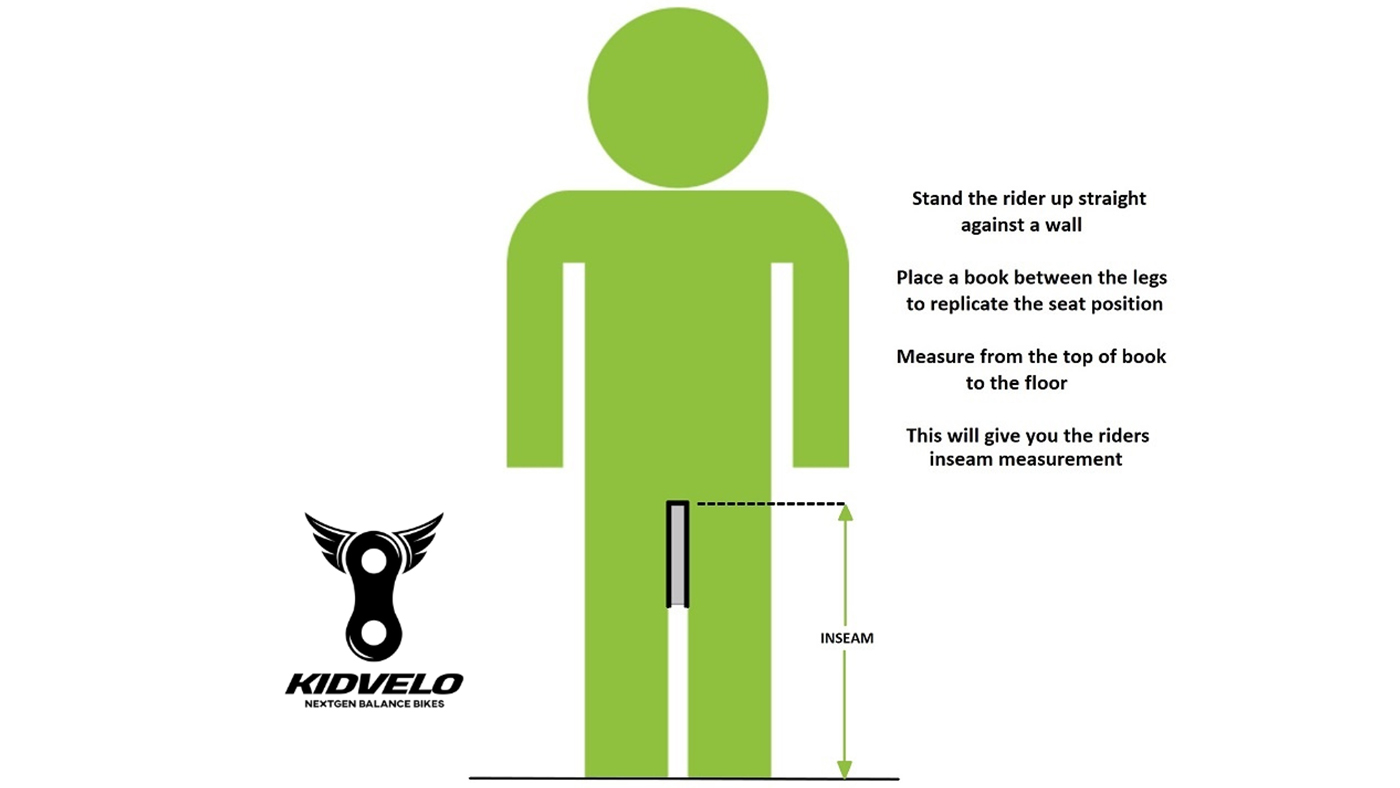 Don’t rely on age indicators given by manufacturers alone. Some brands will market their bikes for toddlers, but the seat starts at 34cm upwards so they won’t fit for the youngest kids. A good starting point is around the 30 cm mark.

Avoid bikes that don’t tell you the lowest and highest seat positions, as you will want a few years’ use out of the bike. Most metal bikes have the advantage here, as wooden bikes rely on 3-4 pre-drilled positions, so adjustability is poor.

Weight of bike: If a bike won’t state its weight then it is probably because it’s too heavy. Anything over 3 k.g is just too heavy for a child that is only weighs a few KG. When a heavy bike falls over it scares a child and knocks their confidence. Tassels, steel frames, baskets, flags and mudguards all add up. Aluminium is far better than Steel, as it won’t rust and is lighter.

Brakes: I am not a fan for the under 4’s. I have seen countless children struggle with a front lever system that they either can’t reach, can’t control the force they use to pull them or worse, take their hands off the handlebars to reach them. If your brakes fail on your bike, then instinct tells you to put your feet down. Toddlers and young children will simply stop with their feet.

Footrest Quality balance bikes have them discreetly built into the frame, under the seat and exactly where pedals will be on their next bike. As well as teaching balance in the correct position, the child can rest feet up on it to take the knocks and bumps in their legs. If you have ever gone off a curb with your feet dangling you won’t do it again as it hurts. It is just the same for advanced balance bike riders. It allows them to put their feet up for longer and coast.

Tyres: Some cheaper bikes go for foam tyres as they are light and cheap to manufacture. They are great for the first few weeks but they don’t last and are uncomfortable as the child gets heavier. Alloy Rims and pneumatics add cost and weight, but last much longer and give a far smoother ride.

So once your researched bike of choice is assembled and ready for the rider what happens next. The simple method is to just leave the bike lying around so the child can pick up and use when they wish.

The child will know what to do. Try not to hold the bike for them, unless they are really young, as the child will figure it out. Gentle encouragement is all that is needed.

– Karen started off retailing balance bikes in 2009 and became the official Strider Distributor for the UK. In 2019, Karen and her husband then partnered with another family business in Australia, which also had the same role. Putting their combined 40 years of knowledge into designing and manufacturing their own range, Kidvelo ® Bikes just launched in the UK. Kidvelobikes.co.uk 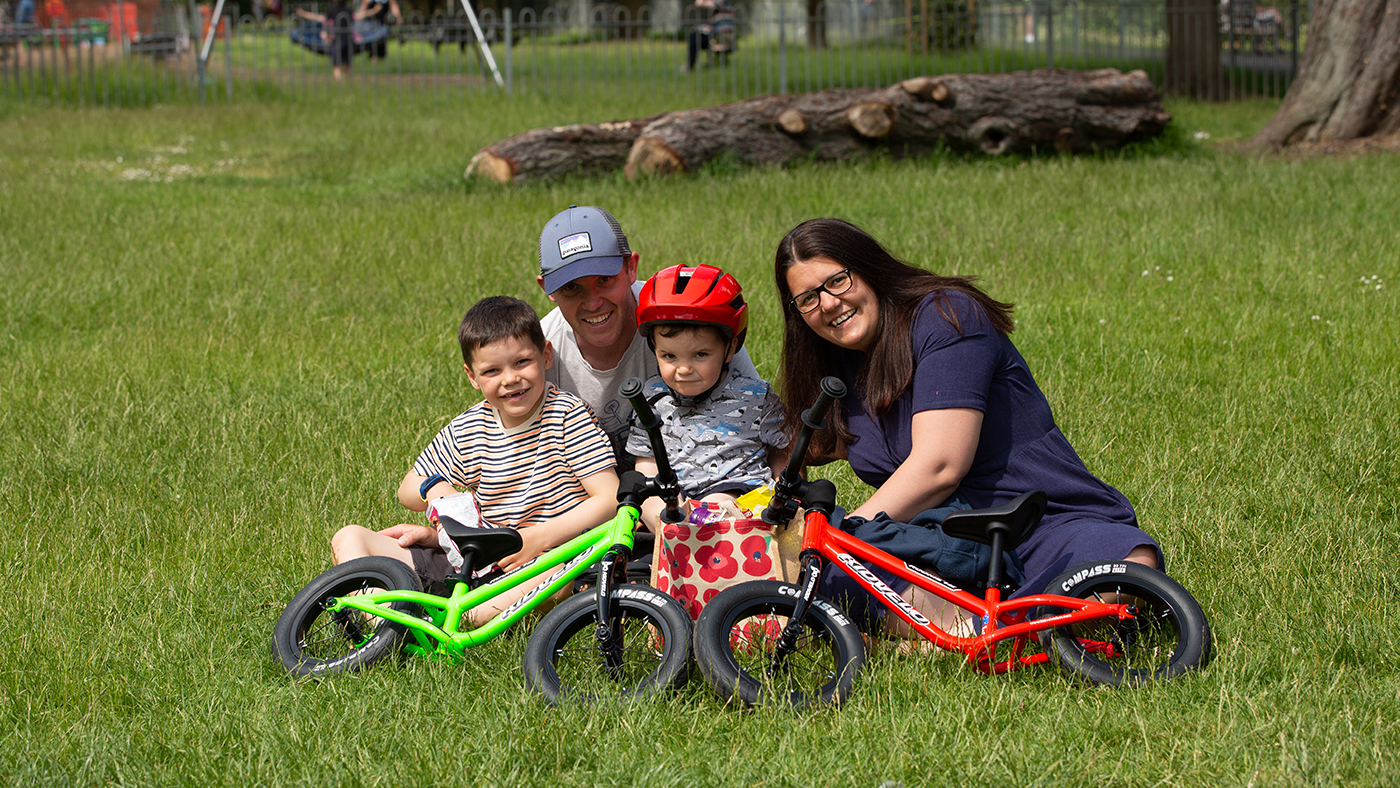