Your child is really just a cave person - but cuter!

We so often get asked as a parent, "Are they good?"

Now, ask me that at 2:30pm on a busy Saturday in Asda following the mother of all meltdowns because I won’t let my child open the family size bag of Monster Munch!

Truth is, no child can conform to an adult’s perception of what is good. We so often want our children to behave just as we would, and heaven knows I’ve wanted to rip open the grab bag before the till. But I don’t and there is one simple reason why...

My brain has evolved and developed enough to stop me.

To understand our children’s challenging behaviour, we just need to try and think of them as a cave person.

Then the top part of our brain (or prefrontal cortex) is responsible for controlling how we react to big emotions, it is the reasonable part of our brain which sees the bigger picture, it can solve problems, be creative and analyse with pre-existing knowledge and foresight.

Now unfortunately for us as parents, the top part of our brain does not fully develop until we are at least 25years old.  (I still wonder if mine has developed now!).

When a child experiences a difficult emotion, they will often disengage the top part of their brain and operate primarily from the bottom part of their brain, which is primitive, reactive and without reason, just like a cave person.

It is our responsibility as the fully functioning adult to support them to develop the connection between the bottom part of their brain and the top!

Let’s put ourselves in their shoes for a minute. Imagine your child is beginning to have an almighty meltdown because they wanted to have their milk from the Paw Patrol cup, and you dared to serve them it in the Peppa Pig cup. A young child will be unable to understand and process the difficult emotions that such an event provoked by not having their desire met.

Suppose you are on a night out; you’ve ordered a steak and you’ve been served a salad. You will begin to have that bubbling proactive feeling in your stomach where you want to tell the restaurant staff bluntly how ridiculous they’ve been, and this is the bottom part of your brain reacting to the situation. However, you don’t act out, instead, you calmly inform them of their mistake and that is because the top part of your brain has been able to reason with the bottom part.

Children whilst processing difficult emotions often completely cut off their upstairs brain and so it is therefore impossible to reason with them. Dr. Siegel (2012) called this ‘flipping your lid’ as the top part of your brain goes out of action temporally.

You lose access to your prefrontal cortex, your “thinking brain.” Your amygdala activates the fight, flight, freeze response and you operate from a place of fear. 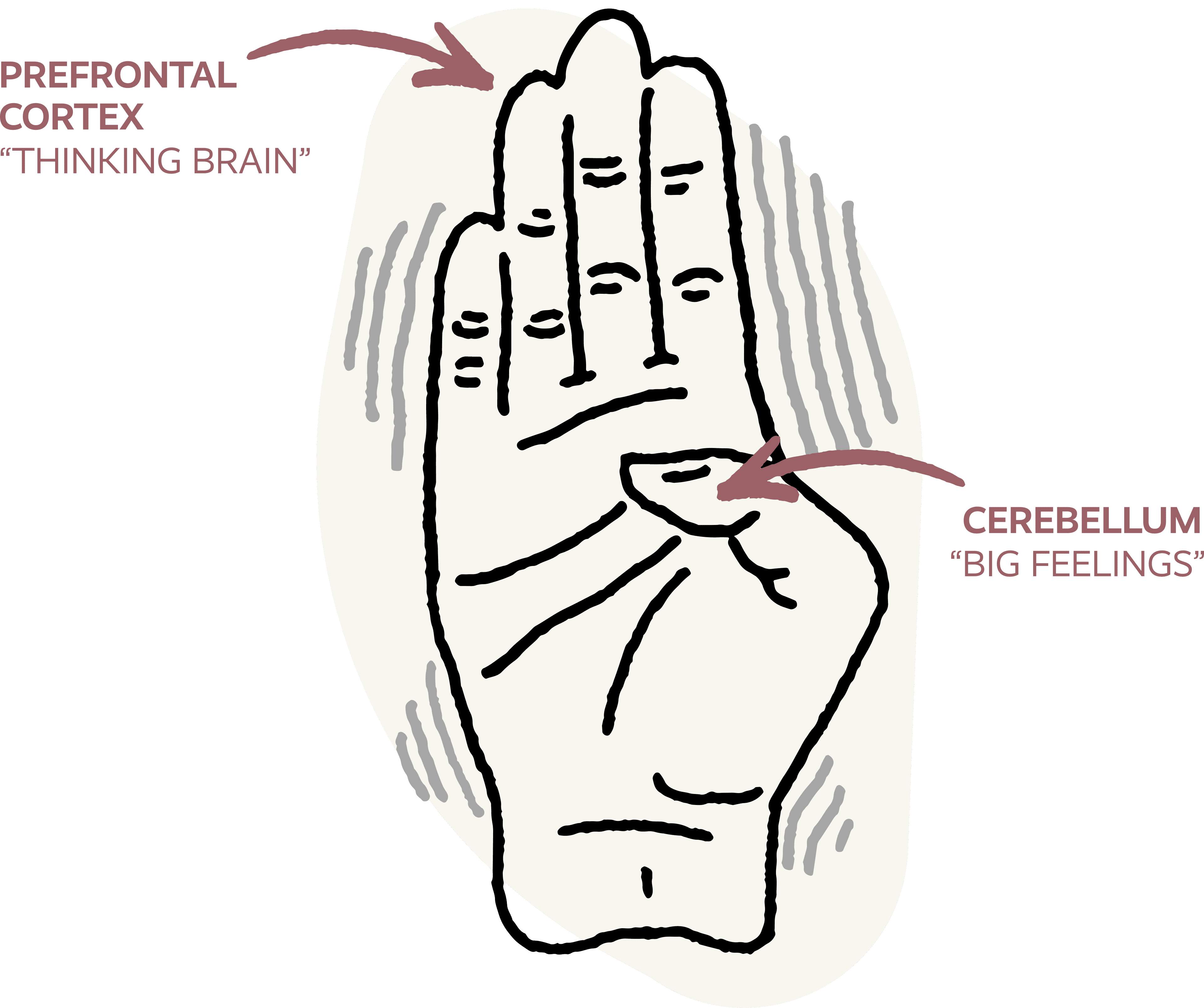 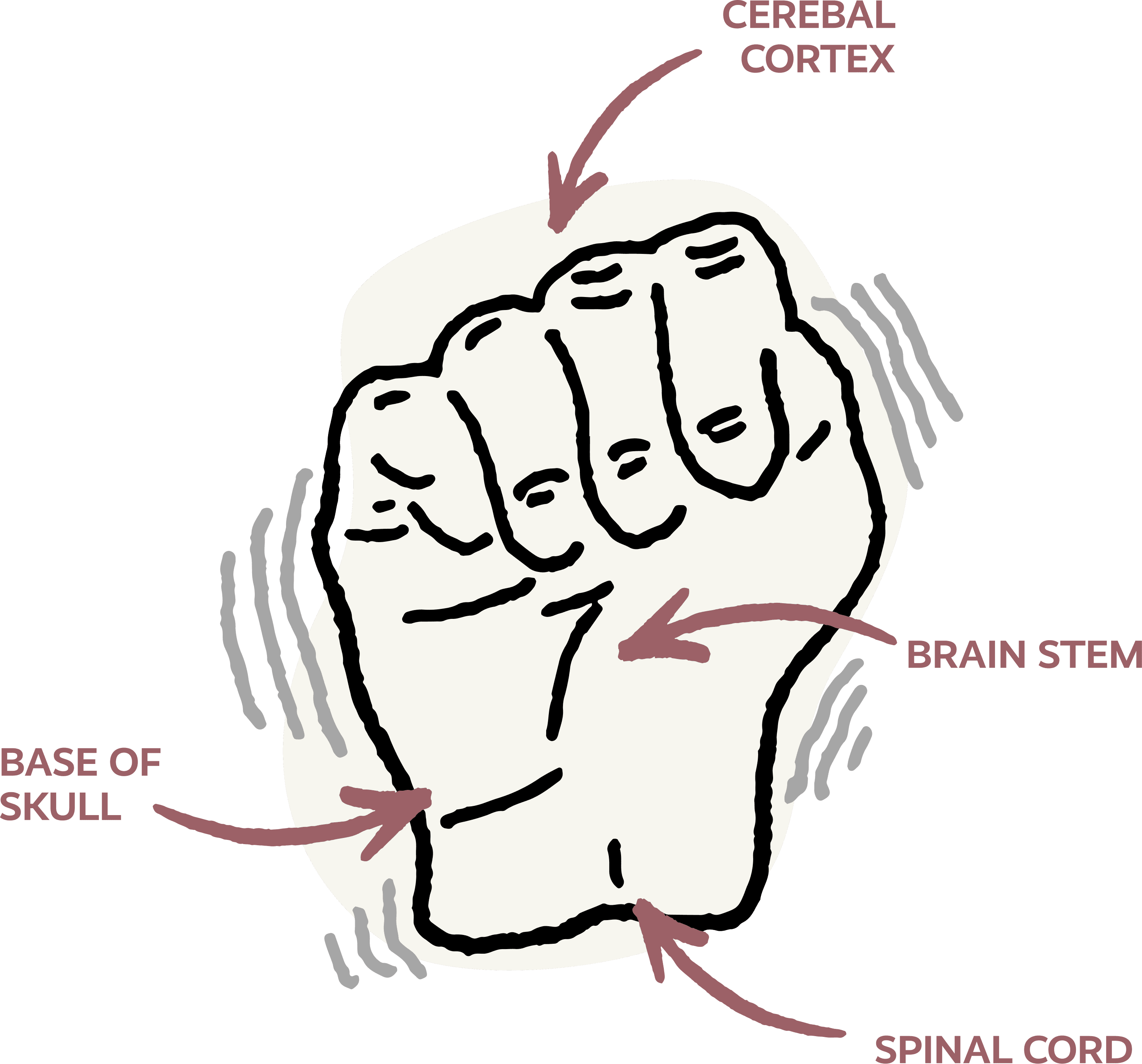 However, all is not lost. There are some simple steps we can do as a parent to try and engage the top part of a child’s brain. It takes practice and consistency, but over time the bottom part of the brain will become better at engaging the calming top part during difficult situations.

This process might not work every time, but consistently approaching challenging behaviour in this way gives your child time to understand their big emotions and allows them to understand that you are there with them every step of the way whilst they explore them.

If you want to read more about supporting challenging behaviour through neuroscience some useful books include:

Early Childhood and Neuroscience by Mine Conkbayir